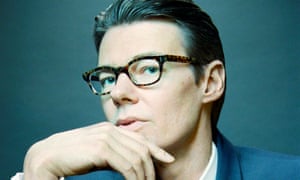 PARIS — On the penultimate night of fashion month, amid the final paroxysms of designers attempting to define how women want to look today, there was a show of a different kind.

Emmanuel Macron, president of France, and his wife, Brigitte, hosted a dinner at the Élysée Palace in honor of the industry’s creatives. It was the fashion equivalent of the pre-Davos C.E.O. summit that Mr. Macron engineered at Versailles in January. News began to leak out early in the week.

The wearing of clothing is specifically human characteristic and most human societies wear some form of clothing. There is no information about when we started using clothes but there are ideas why. Anthropologists think that animal skins and vegetation were adapted as protection from weather conditions.

Other idea is that clothing may have been invented first for other purposes, such as magic, decoration, cult or prestige, and then later found to be practical as means of protection. There are archeological findings as well as representation of clothing in art which can help to determine when particular clothing appeared in history. There is a problem of preservation of archeological evidences because some place preserve findings better than other and from some places we don’t have evidence at all.

From archeological and paleoarcheological evidence, experts hypothesize that shoes were invented around in the Middle Paleolithic period approximately 40,000 years ago. However, it wasn’t until the Upper Paleolithic period that footwear was consistently worn by populations. The earliest shoe prototypes were soft, made from wraparound leather, and resembled either sandals or moccasins.

Jump ahead a few thousand years to the beginning of modern footwear. In Europe’s early Baroque period, women’s and men’s shoes were very similar, though fashions and materials differed among social classes. For common folk, heavy black leather heels were the norm, and for aristocrats, the same shape was crafted out of wood.